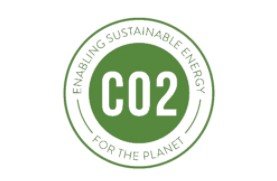 This is a SUPER INTERESTING project with a long list of “team” members, but, unfortunately, it is looking more and more like a scam. I hope they prove me wrong as many of their philosophies seem similar to Eco Action including:

“CO2Bit and its Partners recognize the various other initiatives underway to support this mission and desire to partner openly with all sustainability participants in the pursuit of a better planet. We believe that cooperation, coordination and even consolidation of the various finance mechanisms will lead to enhanced results.”

A June 29, 2018 press release posted on multiple websites controlled by the principles of the Co2bit group said “New Power Partners, LLC (“NPP”) previously acquired 2 Million CO2bit coins from CO2Energy Org.and are now using that currency for the development of 200MW of solar power production assets in the Eurasian country of Georgia.”

When asked for an update on the project “Ron Wilkins” replied “We are always a minority investor, this keeps our monitoring of use of funds to a minimum. The development team is always working on better ways to use the blockchain to automate the mechanisms that preclude corruption, which remains one of the biggest threats to progress where it is needed most.”

When questioned further, he replied “Georgia was the project that stalled when the lender insisted on a ‘convertible debt’ and there wasn’t enough revenue to provide the roi needed to bring the equity investors because some was provisionally pledged to the lender. This was when we went back and re-engineered the whole model, rewrote the contracts and reset.” This leaves several questions including:

While this does not 100% prove fraud, it raises some transparency and integrity issues at the very least.

In addition to a general lack of project reporting and transparency, the following seemed questionable:

When I first started looking at Co2bit, their Co2b coin was trading above $3,500 on coinsbit.io. This implied a fully diluted market cap in the hundreds of BILLION of dollars. However, trading volume was very erratic and low overall for a market cap of this size. As of May 14, 2021, it was trading in the $300-$400 range with very little liquidity.